When importing or scanning with the app, there is a "Lap error detection" system to catch accidental double scans and sneaky students. 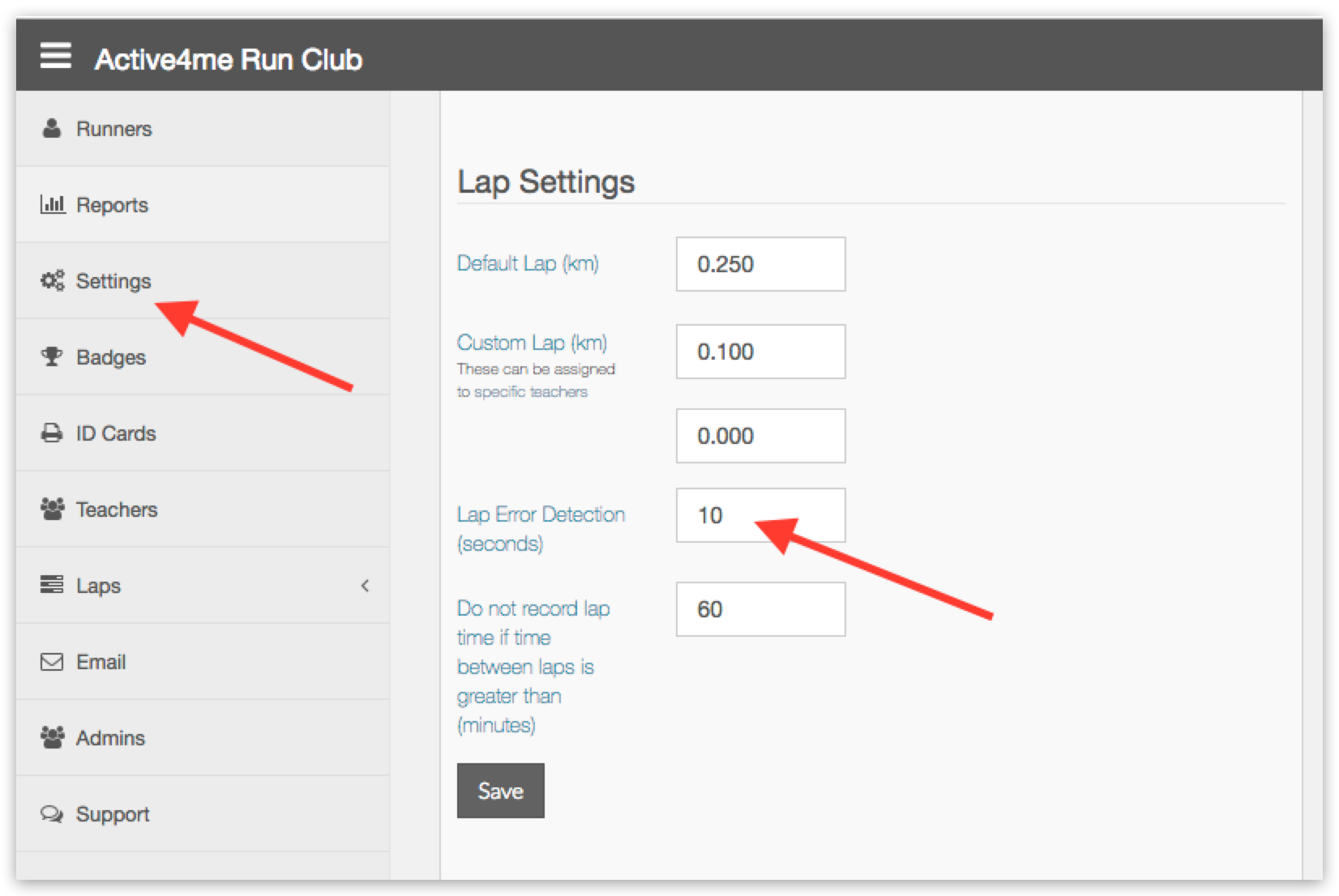 Click "Settings" in the side menu.
Scroll down to "Lap Settings"

The "Lap Error Detection" is a setting in seconds that sets the minimum amount of time that is required before the scan is counted as a lap. For example if the second scan is less than 10 seconds from the first it would be considerd a duplicate and not imported. Minimum setting is 1 second, maximum 120 seconds, we recomended 10 seconds.

If you are importing a text file from the Motorola scanner the most likely cause is that these are scans from a previous day that have already been imported. After importing the scan file, it?s important to delete the file ?BARCODES.TXT? from the scanner. Don?t worry it will create a new one. This way only the new scans are imported.